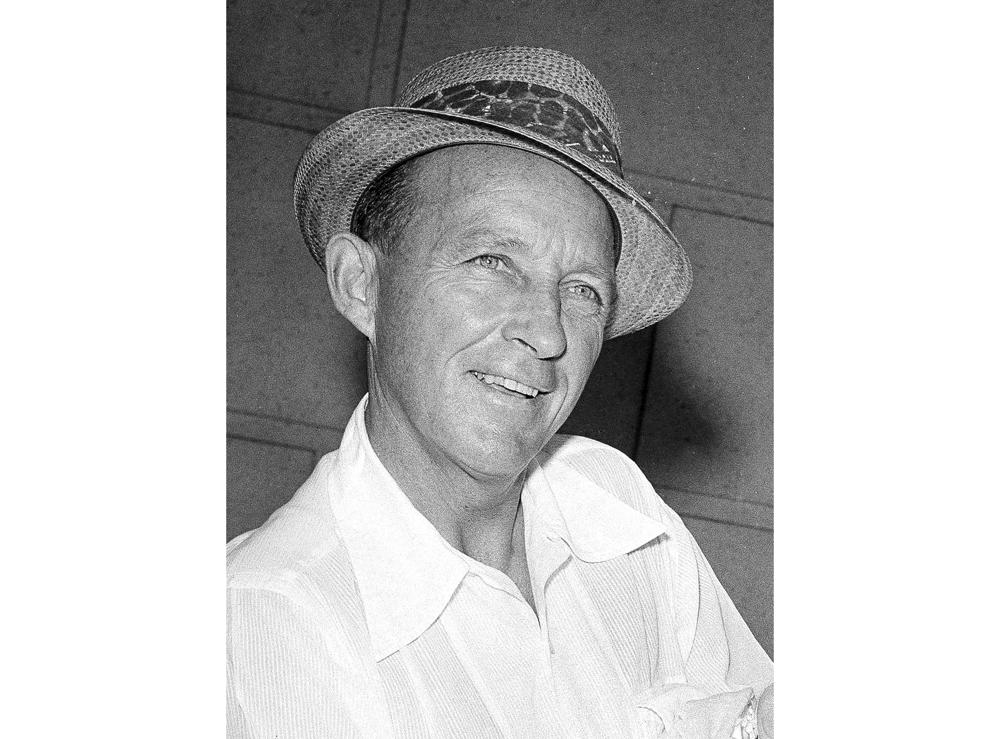 Bing Crosby was the 20th Century’s greatest multi-media star, acclaimed in the worlds of recording, radio and motion pictures and honored by all three on the Hollywood Walk of Fame. He was the most recorded voice in history. Bing recorded 41 #1 hits, including “White Christmas” – a best-seller for five decades. At the time of his passing in 1977, Bing Crosby was still the biggest selling recording star of all time, certified by the Guinness Book of World Records. He won the 1944 Oscar for Best Actor in Going My Way.

From 1931 to 1962, Bing sang on the radio once a week, hosting the Kraft Music Hall, Philco Radio Time, and the Bing Crosby Chesterfield and General Electric radio shows.   A firm believer in the wonders of technology, Bing was an early investor in the first magnetic recording technology from AMPEX. In 1947 he transformed the use of the reel-to-reel tape recorder, using it to pre-tape his Philco radio show which became the first ever tape delayed broadcast in the United States. Audio became flexible, it could be cut, pasted, rearranged, and edited. He reached a mind-boggling 50 million radio listeners each week – at a time when the population of the United States was less than half of what it is today.  His immense popularity earned him millions of fans around the world and endures to this today.

Bing Crosby has sold more than one billion records, tapes, compact discs, and digital downloads around the world. And now he’s streaming. He may be the most listened-to recording artist of all time. Only the Beatles, Elvis Presley, and Michael Jackson can rival Bing’s worldwide numbers. Most current lists of all-time bestsellers don’t factor in sales before 1960 because there was no official certification process, but Bing had sold over 200 million records by 1960 and the figure had doubled by 1980. His version of White Christmas remains the best-selling recording of all time with The Guinness Book Of World Records reporting worldwide sales of over 100 million. White Christmas has entered the American pop charts twenty separate times.

Bing Crosby is the most recorded performer in history, having made over 2000 commercial recordings and approximately 4000 radio programs in addition to an extensive list of film and television appearances.

Bing appeared on the list of top ten highest-grossing movie stars of the year 15 times, topping the list five times. (Only Tom Cruise, who has done it seven times, has occupied the top spot more frequently than Bing.) Films starring Bing Crosby are estimated to have sold over one billion tickets. Bing’s films appeared in the annual top ten grossing films of the year list 29 times.

He won the Academy Award as Best Actor for his performance in Going My Way in 1944, received the recording industry’s first Grammy Lifetime Achievement Award in 1962 and a Peabody Award for his contributions to the television industry in 1970, but he might have been most proud to be inducted into the World Golf Hall of Fame, an honor he received posthumously in 1978.

Bing was a brilliant and innovative businessman, playing critical roles in the development of the magnetic tape recording and frozen foods industries. His television production company was responsible for such hits as Hogan’s Heroes and Ben Casey. In the world of sports, he founded Del Mar Racetrack and the first Pro-Am Golf tournament and for many years was a part-owner of the Pittsburgh Pirates baseball team.

He has three stars on Hollywood’s walk of fame – one for recordings, one for radio, and one for motion pictures.

Bing Crosby referred to himself as, “an average guy who could carry a tune.”