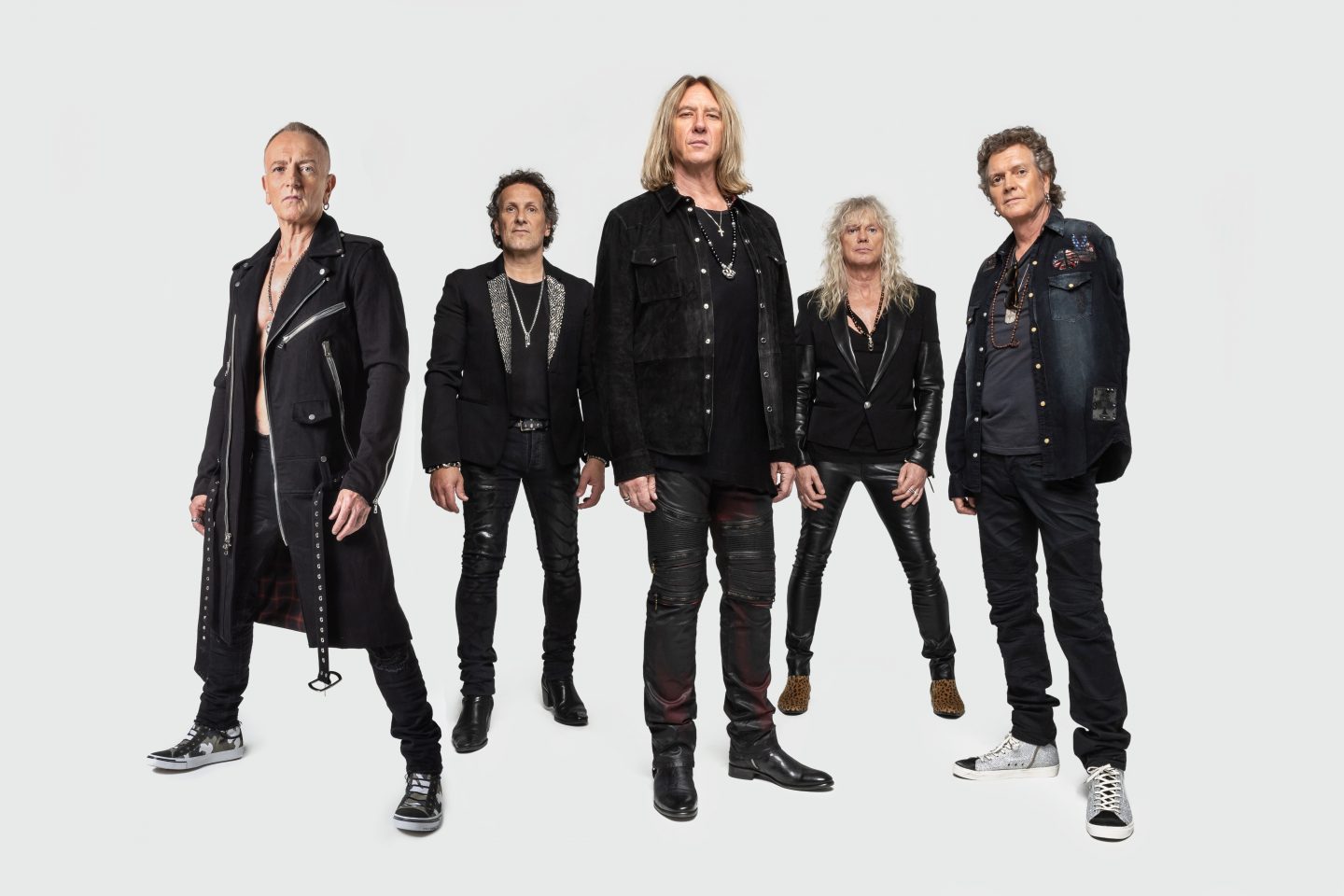 With more than 100 million albums sold worldwide, two prestigious Diamond Awards in the U.S., 2019 Rock & Roll Hall of Fame® inductees, Def Leppard –
Joe Elliott (vocals), Phil Collen (guitar), Rick “Sav” Savage (bass), Vivian Campbell (guitar) and Rick Allen (drums) — continue to be one of the most important forces in rock music. Over the course of their career the band has produced a series of classic ground-breaking albums that set the bar for generations of music fans and artists alike. The group’s spectacular live shows and arsenal of hits have become synonymous with their name, leading Def Leppard to be heralded as an institution in both the music and touring industry. Def Leppard’s influential career includes numerous hit singles and ground-breaking multi-platinum albums—including two of the best-selling albums of all time, Pyromania and Hysteria, capturing the group’s legendary tracks, bringing together classic Leppard hits such as “Rock of Ages,” “Pour Some Sugar on Me” and “Foolin.” The band’s 2015 self-titled studio album debuted at No. 1 on Billboard’s Top Rock Albums and Top Independent Albums charts. The album also took the No. 5 spot on Billboard’s Top Current Albums and No. 10 spot on the Top 200, as well as claiming 15 top 10 debuts around the world. For the first time, in January 2018 Def Leppard debuted their full recording catalog worldwide via streaming and download platforms. As they did with the original release of their records, Def Leppard dominated the worldwide charts again. Chart stats saw their albums charting in the iTunes Top 10 in more than 30 countries, including Hysteria at No. 3 in the U.S., and No. 5 in the U.K. Def Leppard had the No. 1, No. 2 and No. 3 records on the U.S. catalog albums chart.